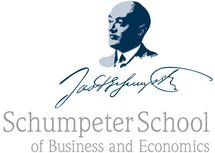 University of Manchester and IFS

Rachel Griffith is one of the most distinguished empirical economists in Europe and worldwide. Her scholarly work is extremely broad, ranging from public finance, especially corporate taxation, to the economics of innovation and productivity, and most recently to food consumption and nutrition policy. The large number of citations that her publications have achieved bear witness to the importance and relevance as recognized by the economics profession.

We honor Rachel Griffith for her research in the Schumpeterian tradition. Her research on the determinants of innovation and productivity is ground-breaking, and continues to have a large impact on research and policy in this area. In a series of papers and books, she has helped to solve a long-standing theoretical and empirical puzzle, namely whether product market competition in the Schumpeterian sense promotes or impedes innovation and thus economic growth.

Rachel Griffith’s contribution to this debate was to cut the Gordian know on several accounts. Together with her collaborators she introduced theoretical models in which innovations are considered by insiders who try to catch up with a market leader rather than outsiders. Here the distinction between pre-innovation and post-innovation rents becomes crucial, and it is the gap between the two drives innovations. The key result derived from these models was to formulate testable predictions on the conditions under which competition fosters innovation and under which competition harms innovation. To test these predictions, Rachel Griffith made use of much better data than most of the researchers before, namely firm-level panel data, which allowed her appropriately model the dynamic relationship between innovation and competition and to account for unobserved inherent differences between firms. To use these data to its greatest effect, she developed and applied semi-parametric econometric models that were both informed by the predictions of her theory and specifically geared towards answering her research questions. Moreover, she used her deep knowledge of the regulatory environment and its changes, on both national and EU levels, to uncover causal relationships in the data.

With key predictions confirmed by the data, among others the “inverted U” between competition and innovation, Rachel Griffith’s findings have a profound impact on policy, as they inform us when it is better to stimulate competition through market liberalization and antitrust policies and when to protect innovators though patent legislation.